MY FLIGHT OF FANCY

By Subodh Rana Monday, January 02, 2012
The dream I have of flying like a bird was fulfilled in a way when I took off to the air recently as I para-sailed in Penang. The reassuring harness strapped to my body the speedboat took off with a great speed and noise and hurtled me into the air, feet dangling and all, for a sensation I wanted to experience since my childhood. As I soared higher and higher, I watched the Penang beachfront receding into the distance and the horizon widening to unveil a jewel of an island.

Flying was a novelty to most of us back then when I was a child, for both adults and children. Few aircrafts landed at Kathmandu and those pilots who flew them were legendary. Whenever I came across these pilots, pointed out to me in whispered awe by my minders, I used to look up to them both literally and metaphorically. I remember a Sikh pilot and another Anglo-Indian pilot frequently flying the Nepal skies. I cannot remember their names. However the real Indiana Jones of the time was a Polish pilot; more of him later.

It was sometime during this period that I dropped a bombshell sending the household into a tizzy: I would become an airline pilot when I grew up! The consternation this unexpected announcement generated caught my mother in a pang of anxiety as she slapped me and started sobbing. Flying for a living was a subject one did not broach ever after. But flying I did for the very first time in a Douglas DC-3 of Royal Nepal Airlines when I accompanied my father to Patna en route to a train journey bound for Varanasi and Lucknow back in 1962. The Dakotas were noisy and shaky and I remember father and son puking at the Patna airport washroom after a particularly violent flight.

Starting from 1950 the first commercial aircrafts to land at Kathmandu's "Gauchar", cattle grazing field, were the Dakotas of Himalayan Aviation, an airline company started by Nepal's political exiles Subarna Shumsher and Mahavir Shumsher based in Calcutta with 3 DC-3s acquired from the Burma Front. Both the Ranas would finance to the hilt many burgeoning but penniless political parties hell bent on ousting the Rana regime but I digress. It took Captain Stanislaw Bujakowski, a gutsy Polish WWII veteran of the Royal Air Force and accompanying good karma to fly passengers from Calcutta into the mountains up north and land in Kathmandu Valley. The couple Bujakowski - Halina and Stanislaw - were intrepid adventurers who embarked in 1934 on a transcontinental journey from Warsaw to Shanghai on a BSA G34-14 motorbike for "their honeymoon"!  Following Hitler's invasion of Poland Stanislaw joined the RAF in England and fought for the British. After the war he joined Himalayan Aviation and flew frequently to Nepal.
﻿

﻿After 1951 for the first time supplies were flown into Nepal instead of transported on the backs of porters over the interminable mountain passes. Himalayan Aviation was merged into Indian Airlines in 1953 while the Nepalese aviation industry would grow independently with the formation of Royal Nepal Airlines in 1958.

My dream to fly has been fulfilled in more ways than one since my childhood. I have brought in international charter flights to Nepal filled with tourists, represented numerous airlines such as Malaysia Airlines and Aeroflot and assisted China Southern Airlines to fly to Nepal. I was not destined be a pilot; that is all.

Popular posts from this blog

CONTRASTING FATES OF THE TWO QUEEN MOTHERS OF NEPAL

By Subodh Rana Sunday, September 26, 2021
T wo half-sisters were married to the Wali'Ahad a Persian formulation for 'heir to the throne', Crown Prince Trailokya Bikram Shah of Nepal. These marriages took place in short intervals, the elder sister Tara Rajya Luxmi Devi got married to Trailokya in 1857 A.D. when she was just seven years old and he just nine. A few years later her half-sister Lalit Rajya Luxmi Devi got married to the same prince in 1860 A.D. when she was but six years old. Both of them were daughters of Maharajah Jung Bahadur Rana, prime minister and de facto ruler of Nepal. From left, Princess Tara, Jung Bahadur, Hiranya Garva, Princess Lalit Photo by Clarence Comyn Taylor, 1863 A.D. Jung Bahadur Rana, a talented army officer, was emerging in the ranks when he married his second wife Nanda Kumari Devi of a Tandon Khatry family from Gorakhpur. His first wedded wife Prasad Luxmi Basnet had passed away giving him his first born son Bhim Jung. After he got married a second time, his fortunes changed. The
2 comments
Read more

FEATHERS IN THE CROWN

By Subodh Rana Sunday, January 23, 2011
As a kid I used to gape in wonderment at the magnificent crown my father possessed not knowing that the jewels were only for show. The dark green emerald drops were made of glass, the sparkling diamonds were probably zirconium and the pearls were not of the best sort. Every Rana general had his personal crown in those days and my father was no exception. I did not recognize the difference between this personal crown of father's and the other more valuable crown of the Nepalese Commander-in-Chief of the Army that my father was seen wearing in many a portrait displayed about the house. Little did I know that my father was the last person to put on his head the army chief's crown from the Rana era, real glittering diamonds, snow white pearls and thumb-sized emerald drops and all. The feather in the crown was the magnificent plumes of the Bird of Paradise that gave it such a majestic look. Nepal had only three crowns that were genuinely the real stuff bedecked with expensive pea
22 comments
Read more

BAGH KI KANCHI MAIYA, THE PRINCESS IN THE GARDEN PALACE

By Subodh Rana Tuesday, July 27, 2021
O ut of all the 20 or so daughters of Maharajah Jung Bahadur Rana perhaps the daughter with the most colorful personality was Jung's second daughter from his Bada Maharani, the main consort, Hiranya Garva Kumari. Popularly known as Bagh ki Kanchi Maiya as she was the younger wife (kanchi) of Prince Dhirendra Bikram Shah of Bagh Durbar, first cousin of the crown prince, Princess Deep Kumari led a very eventful life. Her own elder half-sister Khadga Kumari, popularly known as Chirbiray Maiya, was the first wife of Dhirendra. They together brought about a regime change with their daredeviltry. Deep Kumari's elder sister Lalita Rajya Luxmi Devi was married to Crown Prince Trailokya Bikram Shah and was the mother of the future king, Prithvi Bir Bikram Shah. Lalita Rajya Luxmi had to act regal whereas, as the younger sister with less responsibility, Deep Kumari could afford to act frivolously and still get protection from the powers that be for her wanton behaviour.  Bagh ki Kanchi M
12 comments
Read more 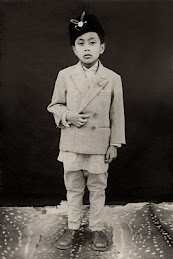